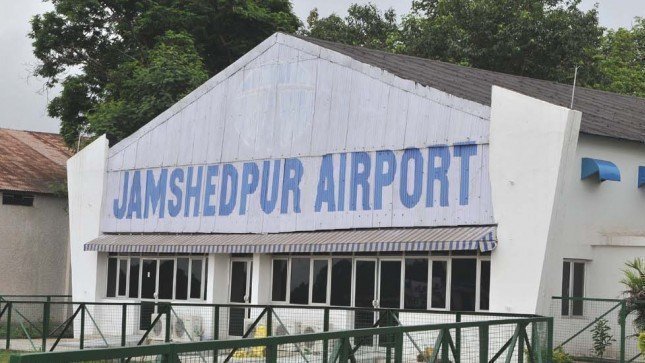 Jamshedpur, May 29: Singhbhum Chamber of Commerce and Industry’s Vice President, Mukesh Mittal has renewed the urge for resumption of commercial air services from the Sonari Air Port at the earliest as otherwise, the business community and other citizens were facing enormous travel-related problems to attend to important work. The SCCI Vice President in letters to Ratan N Tata, N Chandrasekaran, TV Narendran and Chanakya Choudhary, has urged for the resumption of commercial air services from Jamshedpur. Mukesh Mittal contended in his letters that people had to travel by train or road to Kolkata and Ranchi to avail of air connectivity. Not only were such journeys tedious and time consuming but also people found it hard to make time for urgent appointments.

Appreciating the discharging of social responsibilities in accordance with founder Jamsetji Nusserwanji Tata’s vision, successive Chairmen and Managing Directors of the steel giants had continued to introduce new citizen-facilities for the people. Mittal cited in his letters that educational institutions, medical services, playgrounds, market places, parks, places of worship, roads, water and electricity supply, sanitation and cleanliness concerns were one of the best in the country. What the city lacked was vital air connectivity that continues to inconvenience people who have o cover distant places within a brief time lag.

The SCCI Vice President, Mukesh Mittal stated in his letters that due to non-availability of air connectivity from Jamshedpur, many families had shifted base elsewhere. “Businessmen, who are frequently required to travel by air for official engagements, are least interested in establishing their businesses in Jamshedpur because of the absence of air connectivity at Jamshedpur,” Mittal wrote and added, “We earnestly look forward to Tata Steel facilitating operation of flights to and from Jamshedpur. Commercial aircrafts with seating capacity between 70 and 90 passengers will definitely cater to the needs of passengers who need to fulfill engagements in the shortest time frame.”

The SCCI Vice President, Mukesh Mittal, while urging the Tata group authorities to resume air services from Jamshedpur’s Sonari airport, assured, “SCCI would also share the initiative for the resumption of commercial air services at Jamshedpur.”