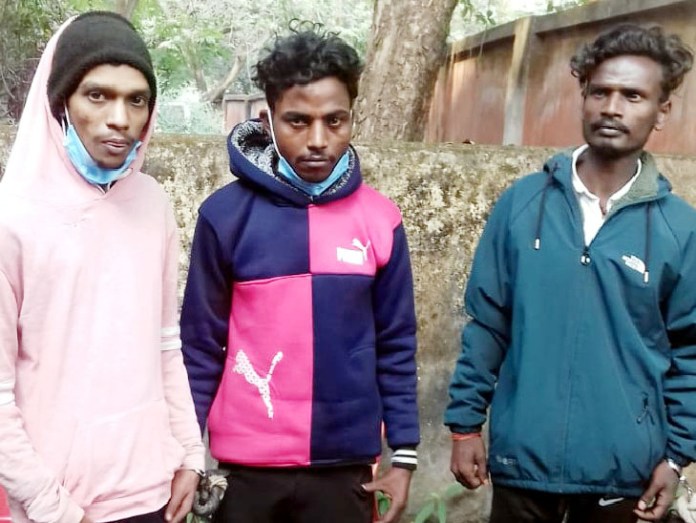 Jamshedpur: To crack down on illegal drug trade spreading in Jamshedpur, the police are conducting raids continuously. During the raids carried out in two police station areas of the city, five people dealing in brown sugar were taken into custody. One of them managed to escape from the police station. Four people have been arrested.

A total of 132 packs of brown sugar have been recovered from these people. Both the actions took place within the last 24 hours. Police have arrested three people with 110 packs of brown sugar from Kalyan Nagar under Sitaramdera police station area. They have been identified as Pintu Kumar Singh, Laxman Paswan and Ganpat Rajak.

All these accused were selling brown sugar in their house and among the drug addicts in the area. Police station in-charge Akhileshwar Mandal said that all of them used to bring brown sugar from Adityapur and sell it to the addicts at the rate of Rs 150 to 180 per pack. The value of recovered brown sugar is around Rs 15,000. All three were sent to jail. The accused have given the names of other brown sugar sellers including the supplier. Raids are being conducted for their arrest.

Parsudih Police detained two people with 22 packs of brown sugar. They were identified as Md Safdar and Md Monu, residents of Kitadih Gadiwan Patti. Monu escaped from the police station. A case has been registered against him on the statement of police station officer Satyendra Kumar.

Police station in-charge Vimal Kindo said that the police are conducting raids to nab the second accused. An accident case is also registered against him. Both were caught red handed selling brown sugar in the area. Police have got information about some more people. It is being verified.

ABOUT US
The Avenue Mail published from Jamshedpur covers all the latest news on a real-time basis of Politics, Crime, Administration, Judiciary, Sports, Industries & Business, Lifestyle, Corporate affairs, Tata Steel, Education, Entertainment and Jamshedpur city issues, Complete analysis from expert columnists that gives you insight into latest news and information.
Contact us: avenuemail@gmail.com
FOLLOW US
© 2022 The Avenue Mail All Rights Reserved.
Go to mobile version